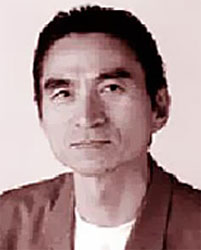 Well, he just liked baccarat very much and played it everywhere he could; he was a high roller, and his baccarat bets confused all casino employees and gamblers.

Who is Akio Kashiwagi?

Today the whole gambling world knows Akio Kashiwagi as a baccarat gambler who was ready to spend millions at baccarat tables and never left casinos without winning big money. Casino employees called him "Warrior" because he was not afraid of betting $100 000 or $200 000 per one hand and played baccarat for hours in order to win more. He was a quite reckless guy if played the game of luck in such a crazy way!

Akio Kashiwagi was a very rich Tokyo property developer who had some 'business' with the Yakuza: nobody knew for sure where he got all his money; in 1992 he was found dead at his house, and the cause of his death was 150 wounds made by a sword. Akio owed $9 million to casinos at the moment of his death.

It was the fatal year for Mr. Kashiwagi when he had got his biggest baccarat winning and loss at the same time.

February 1990: Akio Kashiwagi comes to the Trump Plaza Hotel and Casino (Atlantic City) and makes a bet of $200 000 at baccarat table. He was lucky to win $6 million per one night!

May 1990: Akio Kashiwagi becomes the owner of the biggest loss at baccarat history! It happens at the same casino (Trump Plaza) and the same baccarat table: Akio loses $10 million and he is not able to pay his whole debt at once.

Does Akio Kashiwagi deserve the right to be called a baccarat guru? Even after his death in 1992 he still owed $9 million to the Trump Plaza Hotel and Casino ($5 million) and Las Vegas Hilton ($4 million); he always tried to negotiate all his debts, and it was quite difficult for casinos to force him paying all these debts outâ€¦

But! He was the most known high roller of baccarat; he was ready to spend up to 80 hours at baccarat tables because he really admired this game and believed it could bring him a lot of money for a short period of time. Baccarat was his game of choice and he never even tried to play any other casino game! Such devotion deserves respect, does not it?