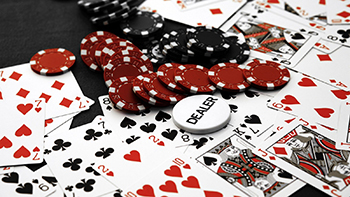 Casino magnates love the game of Baccarat, because their VIP tables bring in more revenue per annum than any other form of gambling. Baccarat is pronounced bach-uh-rah and it is found in land-based casinos and in the world of the online casino.

Baccarat has one of the lowest house edges of all casino table games and can be found in two basic forms: full size baccarat or mini size baccarat which may be played with Unibet bonus casino online. The full size version of the game can seat between 12 and 14 players, and some casinos can provide up to three dealers to control the ebb and flow of the game. In the smaller version of the game up to seven players can become involved with only a single dealer controlling the action.

The number of players seated in a game is a misnomer as only two hands are ever dealt: the banker and the player. The value of the cards are somewhat different in Baccarat with aces having a value of one and all cards valued at ten having a value of zero. All other cards represent their own value.

When the play begins you can either bet on the banker, the player or bet that a tie will take place. The banker’s hand is the best proposition followed by the player’s hand, and finally the long shot of the tie. The purpose of the game is to get as close to eight or nine as you can. Hitting either of these numbers is known as a ‘natural’. If you bet the hand that gets closest to the natural then you win.